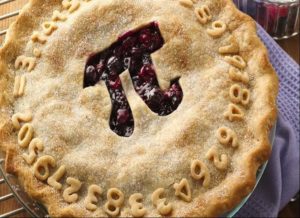 I have a theory that using more than 10 numbers for a digit could make π possible to terminate, because the number moves to the right when it doesn’t fit, while influencing the current number. They would then be summarized.

The irrational numbers could be like (15)(13)(07) to intrepid it as a bad example, although assigning a symbol would be better, so we need to assign more crunching numbers (A bit stolen from Fall Out Boy), because digits could strangely be larger than 9. It would be like finding extraterrestrial life and questioning why their digits only go to 8. It isn’t a consequence of human choice, because the digit is actaully larger than 9. There could be a maximum value for a digit. It’s not like I want to change our system of numbers. It just seems interesting. (355/113) = π, but the numerator and denominator aren’t accurate when they have less digits than the quotiënt, so a long division (staartdeling in Dutch) may give an interesting answer Just adding zeros isn’t realistic.

I guess that we can calculate the numerator back. I meant by multiplying with the denominator.

It seems that π keeps adjusting itself everytime it misses a ten, but that theory would have multiple answers for π.

I could have done the long division if I got another chance.

It’s normally common sense, but I came with the idea, because an old math teacher of mine was talking about how genius our system of numbers is, concerning that a digit goes from 0 to 9, while also adding more digits when the value is high enough. We can clarify by drawing two lines underneath the regular 10, and one for the new ten. 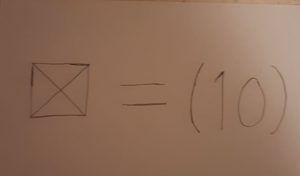 The following about prime numbers is VERY CLASIFIED!!!!!!!! Concerning security for banks and I think to have heard something about the Internet too.

The divider is always an integer, while a decimal amount creates a decimal answer, so if X mod (2 to x-1))= Is a non integer number then it’s a prime number. excluding 2. I suppose that it calculates faster this way when we do it like a graphical calculator. We would reward the calculating based on processing power. I guess that we can let the people with less money borrow money for supercomputers. With the bank’s guarantee that the processing power suffices. I also supose that we shouldn’t borrow money to people who have too much. Other people could then jump in and it even perhaps causes more total processing power that way. With the bank’s guarantee that the processing power suffices. The people should however go around after a while and the banks should eventualy use their own supercomputers. We could maybe use mulitple computers for a higher hertz. Going to the next new number (x) after the previous calculated number in order. The supercomputers don’t have to be shipped.

I hope that they don’t fool me with this Ulam spiral, becuase I don’t know it that well. Please don’t laugh at my psychotic Bitproof uploads.. Cryptocurrencies like Bitcoin, probably aim for power and communism by gathering computer processing power, in order to hack. I remember uploading this to Bitproof (maybe multiple times), so that file would have to be destroyed. I know that it normally isn’t decimal, while having a remainder when the last amount doesn’t fit perfectly, but this way would be much better. As long as we make a version which looks more like a formula than an algorithm.

Excuse me the people behind Bitproof might be in the know. Everything you upload there is supposed to be a secret. 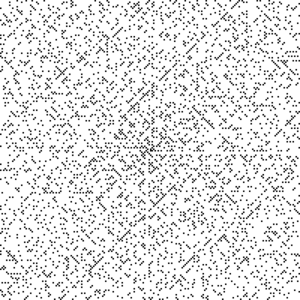 The catch could be that it is a nanoscopic decimal number, so the amount of digits from a regular calculator wouldn’t be enough.

We could use negative numbers besides -1, and I wonder about the other exponents and roots. I don’t know what the -(square root 1) would have to do with i. I also wonder if a positive number’s third power root can be negative as example.

THERE IS ALSO SOME NUMBER THEORY BEHIND THE SOFTWARE: AT 3D theory.