I personally don’t think that the mortification of the motoric aspects of the central nervous system is responsible for ALS, but that it is actually a result, while the damage of the tendons is the cause of the dying motoric neurons, due to a lack of mechanical incentives (stimuli), because of a lack of oxygen by a dysfunctioning gene for superoxide dismutase as example, which causes radicals and positive ions occupy oxygen. 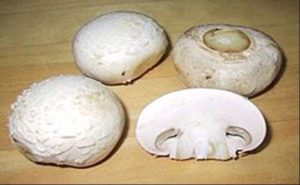 Omega-3 fatty acids would then prevent the disease, because of an improvement in oxygen circulation hinting at lower oxygen levels at the tendon sheath, because they lack veins, due to the fact that moving tendons would damage them.

We would have to take a diet of special fibers to reattach the tendons, because we normally don’t eat those animal parts, so we would have to get it from flora.

I assume from the Agaricus bisporus (funghi), although perhaps raw without mixing them in a mixer, because we would perhaps ruin or even break the fibers, although the temperature should perhaps be high enough for better digestion.

The mechanical incentives (stimuli) stimulate the central nervous system, and the fibers may heal rheumatism too, including the elderly.