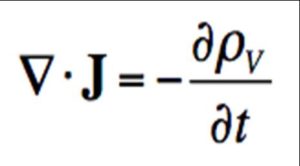 It isn’t hard to imagine that W (the depth) is inversely proportional to the divergence,

The relay’s superconducting electromagnets and overall everything that moves relative to the light go to the future by the time ADVANCING from the photons for the surrounding wave, so we use photometers by a 360 degree reflecting telescope, which are slightly above the center (the voltblazers are at the center), while surrounding the warp drive. We can turn the warp drive by steering the wheel by making stairs.

The inducting signal should also travel straight (not sideways), becuase it would otherwise miss by the spaceship’s speed.

We would need a quantum computer, which uses quantum entanglement to sent the inducting signal in time, while the speed of electricity isn’t the same for every observer unlike photons.

We solve the last part with astronomy by using the continiuty equation + to determine W along with the orbits, because W/C = elapsed time of the planet’s orbits,

while it should stop automatically by a quantum computer, which means the braking distance is set before we go,

so the voyage to the other planet is an automatic process,

which means that everything is fine as long as all the right preparations are set before we go,

but we should always double check a couple of times with a lot of professional astronomers.

We can always do an one way, so we would then avoid the risk, because we wouldn’t travel back,

and we could actually send a broadcast back, as long ast it isn’t intercepted, but it would take very long of course.

Indeed, when we assume that entanglement won’t work over such a large distance.

Sorry for dreaming guys. I know that it’s very risky.

GO TO: Some quantum effects.

The quantum computer is maybe not necessary, but then again maybe it is. We should perhaps calculate the distance as fast as possible, instead of adapting the circuit ideally to the right strength (charge density).

We could perhaps also narrow down what energy source the stars & sun uses by the Continuity equation +,

becuase the lower charge density changes the view of the sun too.

The lose in mass would decrease the gravity too.

Also GO TO: Dimensions (some theories).