Apologies in advance, I assumed that others could figure the nutrients out. I’m really sorry.

We harvest the patients cells from the living skin layer, and then we foster them by adding a sufficient amount of water & nutrients (probably: glucose, phosphor, and ammonia as example), while we aerate them beforehand with enough oxygen, because bacteria prosper rapidly in damp places by the sturdy cell wall (cytoplasma). We can make receive cells (stemcells, which aren’t from the stem), but we have to create enough cells to turn them into receive cells of course.

The osmotic pressure must be subdued, so we apply a pressure, which equals the osmotic pressure on the culture to prevent them from splatting open in a glass container with a hatch and a valve. When a cell’s membrane get’s bigger, then it is still able to absorb more water for the division. Now I think about it: I did read that osmosis is the pressure, which needs to be aplied to prevent cells from splatting open, but I thought about it briefly before I read it.

We simply filtrate the water when we have plenty of cells, while it is still under pressure by a sliding door underneath with a filter above the sifter with the sliding door. The filter would sag, due to the weight of the cells, so we place a refined sifter beneath the filter.

We use receive cells, because we don’t only want the same tissue by prospering cells.

At the end we REMOVE the endoskeleton & ribosomes by adding calpain and ca2+ (calcium) as known (although I can’t find the original website anymore). We would use an additive, which causes around the osmotic pressure of blood, and the chemical energy is stored in the cytosomes.

We don’t use the receive cells to fabricate meat of course, mainly becuase it creates soul torturing zombie tumor meat.

We can replace organ donors & prosteges, although we should let the body create the bones. Eating a grinded purple sea urchin could suffice, so we could use a mortar & pesstle to grind the purple sea urchin into grains (not powder), which means it shouldn’t be too refined, while we could mix the grains with diluted organic oil I guess. I assume though that it takes around 12 sea urchins to eat, while bathing in receice cells to grow limps. It’s better though, if we could fabricate the responsible compound ourselves of course, so we wouldn’t be on a guest for sea urchins. We could also do the Lazarus effect by saving living cells, but the last option is way too taboo, becuase it probably won’t be the same person. Using the bones of someone else seems satanic to me. Empty nose syndrome is bulshit, right?

The original idea was to prosper our cells by adding a cell wall, which we would remove at the end, but an old friend convinced me that my plan at the time wouldn’t work. 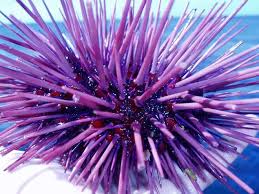