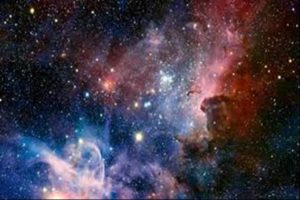 We can perhaps smash Nibiru with an osmium mortgage in the center with warp speed!!! I noted the possibility of a metal core, so we could perhaps smash twice. It doesn’t get through the planet just like meteorites don’t reach the surface of our planet by our atmosphere’s resistance. We would have to smash it early enough to optionally give the magma core enough time to cool down to ashes in order to smash it afterward, (It’s down below). Smashing the planet would probably cause a muted exploding sound, due to Higgs bosons.

I don’t know if it already exits, but we can also isolate sound for headsets by using a vacuum. People could get deaf by the shatter, so we should maybe take Earth’s rotation into account. I thought that we did this ages ago, so I thought that I was already too late and that people didn’t get deaf. I thought that the idea about Earth’s rotation was clear, especially for astromenors. The sound could also wreck buildings. Hope this comes in time.

Let’s start with this:

The next proposal is a bit desparate. The fusion tow (flow):

If burning doesn’t cause a chain reaction, then hopefully nucluar fusion would cause a chain reaction. We can maybe destroy gas giants like Jupiter by shooting a vacuum bomb to the center. The pressure difference would maybe cause nucluar fusion and therefore a supernova (preferable remote of course). Ice ages are of course unwanted. We should maybe isolate it for heat with gold to destroy a star. It should maybe however be entirely heat resistant by gold, while the gravity pulls the vacuum bomb to the center, so maybe with a time limit for detonation. Praying that a layer of the solvation of gold in mercury (liquid metal at room temperature, maybe coating outside & inside) withstands the inmense pressure. We can’t coat this mixture to anyting, because gold evades most chemical reactions, so we would strangely enough use the maracta tree resin, while the gold isolates the heat. Large vacuum bombs are of course more effective. Inspired by tornados.

We can probably smash a golden star too, with a golden mortgage.

I wonder what happens when the Earth’s magma cools down.

The above may take millions of years but still.

It’s the BIGGEST DREAM OF MY LIFE to witness interstellar travel anyhow, ESPECIALLY WHEN I VISIT IT MYSELF, because of biodiversity and just overall. I WONDER WHAT KIND OF LIFE WE WOULD FIND THOUGH. I HOPE THAT IT WOULD BE DIFFERENT THAN THE LIFE ON EARTH OF COURSE! Wouldn’t it be fascinating to find and capture extraterrestrial life on 3D photos or video in anisotropic 3D. Besides it seems like a nice idea that the human race populates the whole Universe. I CAN’T DIE WITHOUT WITNESSING INTERSTELAR TRAVEL!!!! interstellar travel. However the true original gnawing origin of the dream comes from the fact that I can’t relate to humanity… The old theory, that autism is due to DNA mutation doesn’t help either. 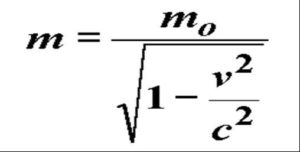 Zanes/neutrinos have mass while travelling near C, so it’s relativistic mass is incredibly high, which makes a zane/neutrino generator the ideal candidate for interstellar travel, especially because people probably won’t survive the freezing process for incredibly long journeys, either by lack of electricity/cool fluid or too much pressure, but I’m human enough to type IT in every case anyway, so we beam the zanes/neutrinos from the front of our spaceship in the opposite direction that we want to travel in, in order to propel by the gravitational pull, because zanes/neutrinos travel near C, which means that they would have to travel for way too long to pull at our destination. The zanes/neutrinos don’t cause a thrust for our spaceship, because they travel totally unimpeded through most mass as known. The reason why those particles travel unimpeded through most mass is probably, becuase they are incredibly tiny. The veins (including capillaries) of reptiles and amphibians as example, could maybe be strong enough though, but even they would be bothered by pressure and lack of electricity/cool fluid. 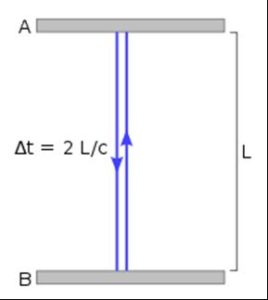 We can imagine the time dilation with two mirrors with light bouncing back and forth by a mirror door adjacent to another mirror. Glass walls are obsolete (we can’t see anything), due to the direction of the light. We could glue the glass to the dull part of the mirror and isolate the light with a mirror door.

FREQUENCY BASED GRAVITY/MOVEMENT is like a shortcut in spacetime by folding a map. Photons don’t have ∞ mass, because the formula is about relativistic mass (not relativistic energy).

My theory is that it folds length into a shorter length, while the distance (length) is conserved. Like that on episode from fairly odd parents (about substitutes and some great pencil or something). Bending light (perhaps by mass) could bend space as well. Indeed, it’s a bit different, because it’s probably transversal, while being curved. The frequency is here the folding speed, while it could perhaps be a chain reaction of folds. It also maybe folds the spaceship forward from behind in a longitudinal way. Similar to a gravtitational pull and a gravitational push.

I also have a theory that some particles might soley curve time which indirectly curves regular space by the Einstein tensor of the surrounding mass. I assume by now that G is the regular gravitational force from Newton’s gravitational law (none told me), due to a hazy memory about the Schwarzschild radius. 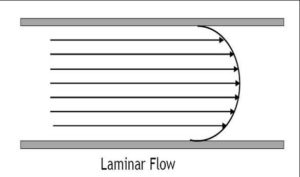 The Einstein tensor is a big help, so I mean the curvature and relativistic mass too by the way. When two objects are put in a fluid (the Higgs field here) then that fluid will expand by the submerge method, but they attract eachother when the same Higgs field is compressed by inertia & cohesion, SO IT’S LIKE GRAVITY. Just like how nuclear fusion occurs when atoms are pushed together by pressure. It’s also similar to the Casimir effect with low mass and nanoscopic distances, but I’m not informed about the mathematics. Dark matter actually contracts the Higgs field, while it expands it on the other side of the asymmetric parity. We can descripe the Higgs field as an ocean of spacetime.

The velocity from our spaceship is PARTLY caused by the transverse Higgs waves in the ocean of spacetime (Laminar flow, while it isn’t flat like a sheet).

The Higgs waves are towards the direction from which the zanes/neutrinos are coming, while the wave is the gravitational acceleration. The time in the formula is the time dilation, becuase mass slows time as known.

I know it’s far-fetched, and I realize that it doesn’t seem to make much sense with the other aspects of gravity, but unification might be possible. Curvatures in spacetime could perhaps express itself in different (separate) ways. I suppose that the flowing curvature of mass (Higgs bosons) could create a flowing curvature of spacetime, which also affects photons.

When you don’t understand the density. Then tell me what’s heavier: a kilogram feathers or a kilogram lead? (heard the joke from my uncle)

The answer is that they both are a kilogram, so the weight is the same.

The theoretic above formula is due to below:

In which I mean that the Einstein tensor is isomorphic with the angular frequency although our wave only has a through and not a crest, while I assume that the curvatures in spacetime are a group velocity. Our wave is beneath the surface of spacetime though. The Higgs field actually seems to be compressed together, although expanding.

The volume of an electron in a superconductor at a very low temperature (although they have to be both at the same temperature) under a sufficient amount of pressure is inverted, but you won’t normally notice due to a CP symmetry. It rebounds back though, so it’s still on our side of the parity (inside out).

The temperature & pressure (voltage for the Piëzoelectric material & pressure for the gas) needs to be examined, because it must be dark matter, while the charge density is high (superconduction).

The charge of the electrons through the boron wired superconductors cancel eachother out, while the momentum is in one direction. Their momentum is in the same direction when they cancel eachother out, due to the asymmetric parity, so the zanes/neutrinos travel to one side when we make a voltage in the zane/neutrino generator, but the direction alters because it’s AC. The momentum goes backwards in the negative parity (like a tachyon), so walking through walls could maybe be possible there, although the charge probably prevents it, in case the particles form formations like atoms over there.

We can put the dark matter superconductor under the appropriate pressure, while the regular one isn’t by using a Piëzoelectric material for the dark matter one, so it will induce pressure on itself by the materials own electricity.

The charge of an electron is rounded 1,60217646 * 10-19 coulomb, while 1 ampere = 1 coulomb, and we could use an ammeter for relatively large values. The electrons as lepton number will equal the lepton number of the zanes/neutrinos.

We can perhaps neglect the gravity even after post-relativistic speeds, because it increases 1-dimensional.