This is for after the oil crisis. We mainly have to power our central heatin with energy. We also heat our food that way of course, while transport for stuff for the grocery store also takes energy, and more importantly it avoids spoiling of the groceries. Using trucks makes the transport of cargo much easier of course. Our cargo would otherwise have a very long journey by horsepower. We don’t want to live in a world with no cars, because we can’t all live together at one place and have different jobs, because the whole family would have to move in when a couple is formed, but you’re free to cycle for at least an hour every day back and forth, and woodfire isn’t strong enough.

I assume that we can make renewable motor oil by saturating organic oil with salt, in case the episode doesn’t suffice, but I’m pretty sure that it will. Inspired by the episode A Fishful of Dollars from Futurama. We would manipulate germs with the anchovy gene or genes, and I know of course that they are joking. It would have to be proteins though. As far as I know do genes only code proteins. It’s enigmatic to me where regular organic molecules come from, but that’s maybe just still unlearned. There however is a chemical production process, besides the biological way.

We should probably crib the way for producing renewable fuel by using lipogenesis (animal fat), while producing the needed glucose and anything else, in the chemical way (not the biological way), but starting with glucose could maybe be a bypass. We don’t have to take the water from the air of course. I wonder as example though, if we can create higher energetic fat for cars. Hopefully with proper looks too! Also as example: plastic and barbecue tools of course, and yeah… maybe candles. Hope this helps. We can maybe fabricate it at home. We wouldn’t have to transport it. “Gas” stations as example could have tap fat.

Liquid nitrogen could maybe help too, so under pressure of course (for cars). I guess it’s too strong though and it’s contaminating as known.

I meant the kitchen stoves and ovens with the beginning of course (entropy). Actaully the overal heating of food.

I guess that it won’t be that bad, because oil also made the enviroment more damp.

I don’t know if we can create SUPER sugar with energetic light. I wonder if it could theoratically work with a hydrogen based sun.

We could burn the underground oil on foreign planets, but that makes giant insects impossible if we burn too much, due to their respiration systems as tracheoles (they are more sensitive to low oxygen levels), and it changes the flora too. It also acounts for honey bees on our planet for the pollen eventually as example. We luckily don’t have to clone them before they rot away until the oxygen is at a stabile level again. We would then need to apply our genius human minds by using electrolysis of seawater (or pure water) to provide more oxygen, in case the C02 levels are stabile.

It could exterminate malaria though. We should realize though that some animals like birds also need bugs for food.

I assume that one reason why bees use hexagons is to make breathing ideal, becuase they are sensitive to low oxygen levels,

that’s why they are turned different than the Grotentraast catalyst. Just use your imagination at the bee hyve below. 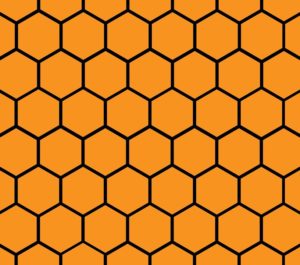 I prefer gasoline cars in contrast to electrical cars, although I think I like the hydrogen cars too, becuase they both make me feel alive! I have a hazy memory that I invented the basics of the hydrogen car when I was a kid, but I’m not entirely (not 100%) sure.

It seems like the hydrogen car speeds up fastly, but I miss the old times though.

The hydrogen car could possibly make the suroundings more damp and cloudy too though, and the electrical car is maybe not that bad. I’m also a bit in dubio about my car choice. Again, I could be exaggerating, due to what I said about hydrocarbons.

I also prefer the taste & looks of the oven & fuel stoves over the microwave & induction stoves, while using hydrogen would probably be too explosive as a flame. The taste is just better by entropy.

It’s however nice to heat our food quikly, which can be done with the microwave of course. 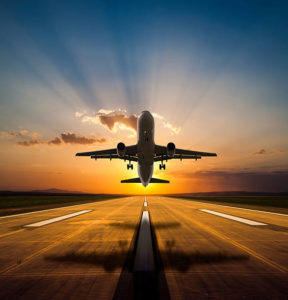 Airplanes using voltblazers (high voltage romisonic/infrasonic sound speakers) are unstable, because the sound propagates like a sphere instead of being straight (I must admit that I know it, because I once read that gravity propagates spherical). We could focus the sound blast to make it straight, and we can attach the voltblazers to the wings as long as the sound doesn’t damage the airplane or the passengers by being straight.

I think the catch is that we should focus the electricity instead of the sound, so I suppose that we should block the magnetism of the super-electromagnet from the voltblazer by using a gaseous subtstance with only circular orbits of their atom’s electrons (noble gases) in order to use the electromagnetic vibration which propagates forward. We have to take the Doppler effect into acount, becuase the frequency also influences the propulsion itself. Maybe stabilized at 18 hertz. I assume that it needs to be a vibration, so we don’t use DC.

I’m not aware of the amount of people who tavel by plane, but it can perhaps avoid traffic jams. Besides being fun and fast. Plane cargo arrives faster than cargo by ships of course.

I wonder though if hydrogen would suffice for the airplanes, because someone once told me that they use it for rockets.

I also wonder if airplanes could work on nitroglycerin. I prefer fuel over soundblasts. I think that I prefer fueled cars in contrast to electrical cars too.

I assume that it should be done by Piëzoelectric matterials which could suffice for sound propulsion with AC along with a high voltage and maybe even superconduction. The Piëzoelectric material should probably be fastened (maybe drilled) to prevent shoving, while being attached to a big and very strong electric cable. THE MAIN ARGUMENT IS THAT A STRONG EXPLOSION CAN BLOW YOU AWAY BY SOLELY THE SOUND. 18 hertz might not be necessary, maybe only at the airports, but it’s perhaps more stable. It maybe has more stamina than ultrasonic sound too. It maybe damages your hearing anyway even when it’s 18 hertz. Especially when moving towards it. It’s maybe stabilized at 18 hertz because it’s inside the aircraft.

I suppose that people won’t be bothered by electrical airplanes (wouldn’t like it), once they are used to the other fuel vehicles. Garmen could maybe replace an oxidizing agent, but that’s maybe already known.

They edited that I was hesitating about the Piëzoelectric material.

About the Doppler effect: We technically go faster through the same sized wavelength when approaching, so the wavelength only seems shorter. The same for the opposite, so it only happens at one side when the other is stationary.

It would be wise to start with small DRONES of course.

We could maybe use amplifiers to stabilize the sound frequency. Maybe with relatively giant transistors by getting them in a row, while we end the amplify by an electromagnetic induction at the resistance before the base as the transistor’s switch. I assume that the amplifying base needs an energy source.

The wires/cables could maybe be connected into a dice of five eyes on the Pïezoelectric material. Or maybe 6 eyes. Maybe even 3 rows of 3. There are no eyes with the same strength on one wing. The eye rows which are further away from the passengers are stronger than the closer eye rows. I guess that the eye rows above are stronger than the eye rows beneath except for the vertical center of the eye rows. The center eye is the strongest for five eyes. With a row of two for five eyes, so without a center for those two rows. The last transistor is thus the switch by electromagnetism at the resistance before the base, just saying.

We use the two Pïezoelectric materials symmetrical on both wings.

I don’t know anymore where it came from, but it came before I saw Lindsey Stirling for sure.

I HOWEVER PREFER FUEL OVER SOUND. FOR AIRPLANES AND ROCKETS or it just takes being used to it. It’s solid for the mortgage for sure. Liquid nitrogen could maybe help for airplanes, so under pressure of course. The stamina of liquid nitrogen could be too low though and it’s contaminating of course as known.

We can blast tanks with sound like in Danny Phantom.

You could expect that we can create longchained hydrocarbons by just putting energy in by an oxygen free way, although it maybe takes more energy to form than the energy you get by burning, in contrast to water. Maybe due to being polar, so they would be less eager to bind. I wonder if we can make hydrocarbons by putting hydrogen and carbon at a very high pressure. If this works than the oxygen would have to be abcent.