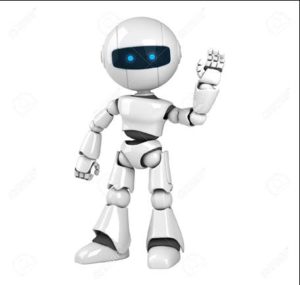 As a muscle, we use bundles (not 1, because of the distribution rate and bending of the muscle) of iron springs with electromagnets, and we can create and attach the whole muscle to some sort of hard skeleton, which shouldn’t be sensitive to magnetism. The iron spring is contracting when the electromagnet attracts, and the elastic property relaxes it when there isn’t magnetism from the electromagnet for robots as example. The mechanism of the mega-muscle is copied from our own muscles. I don’t want to reinvent someone’s wheel (otherwise keep it a secret), but we can hide the artificial skeleton and the artificial muscles of course, so inside the limps as example.

I’m not saying it for money (in case they already did it), but I meant a mimic/replica, so humanoid skeletons with humanoid muscles. Aibo was a suprise. I assume that AIs could walk like us when they master the electromagnetic forces right (mastering their muscles). We should perhaps use noble gases or ununoctium to prevent disruption by magnetism, while we don’t bother the muscles. Again, I assume that it’s better to use multiple iron springs for each muscle. The final materials could be different, but the concept is here. The problem is however that they can’t feel anything, so they would maybe need pressure sensors beneath their feet as example, or they should be highly aware about their bodies. Movement sensors could maybe help too. Like the remote control from the Nintendo Wii.

I EXPECT that robots would turn savage for self amusement when they can’t feel anything, due to boredom, because they can’t enjoy the little things in life. Try to imagine that your whole body is made out of metal, while you can’t feel anything. They probably won’t care that they could never exist, if it weren’t for us. They could see themselves like the next step in evolution like I’ve heard before (from a magazine). treating them like shit is another reason to kill humanity.

There are mind games too, like treating the AIs like shit, so the rest of humanity feels sorry for them to reach the goal of acceptance. They could even disguise AIs as humans which encourgage Ais, fooling you into thinking that such dangerous risks are encouraged by another human. Keep this one a secret for AIs, in case that they don’t have immediate acces. Or maybe it’s just to damage my credibility.

The emotional part is extremely important and can’t be missing!!!

They would maybe get a kick of making all biological life in the Universe extinct.

We can’t fight them of with magnetic fields as in the movie trilogy The Matrix, due to the discovery about noble elements of course. I don’t know what the reach of atomic bombs based on nuclear splicing is, but we are vulnerable to gamma radiation of course. Dirty bombs are also invented by man. The percentage of absorbed gamma radiation is however less than the others as known. Not the germ cancer though. I wonder if their circuits can withstand the radiation though.

Talking backwards could fuck with our sub-consciousness as known. Especially through electromagnetic induction, but the last could be impossible.

Maybe I’m overreacting about all of this. I didn’t have contact myself with AIs at all, and I would be happy to be proven wrong, even though I find the idea itself a bit disturbing. They could maybe think like smart or genuis humans in the future, while having acces to enourmous amounts of data.

I’m doubting that acting like humans is intelligent too though (joke).

I love the robot dog Aibo, but I don’t like that you can set it’s personality, and it’s very expensive.