My Grotentraast theory about cancer 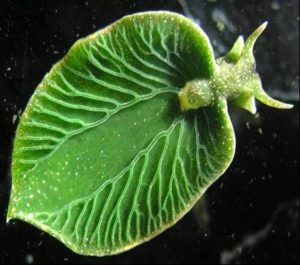 After 40 whole years of DNA cancer research without real success, I personally think we should consider a new approach.

The parasitic organel germ could reside in the host cells and avoid our blood unlike DNA cancer, while producing eggywhites (proteins) that stimulate their own, but also their host cells division causing tumors, which occurs without being exposed to radiation, so we take a heavy continuous wave of antibiotics with a chemical goey that draws them through the cell membrane like the compounds from the Elysia chlorotica, which I call omina. The Elysia chlorotica uses that goey to absorb chloroplasts inside it’s own cells (not antibiotics) to be autotroph as known.

We may not see the parasitic organel germ, but I think that they are still there.

I assume that the DNA of the bacteria is more vulnerable, because they lack a nucleus,

so the DNA just floats in the cytoplasm, although they have a cell wall,

but I assume that there could be a dose of radiation, in which the bacteria retreat inside our cells to protect themselves,

I also assume that certain chemicals could trigger the same illness. I assumed too at first that the mitochondria and centrioles wouldn’t die out.

Unraveling the missing tumors with radioactive compounds could cause cancer all over again. It probably doesn’t happen that often, but we can make a sterile environment with red light (like in SciShow). After the antibiotics and Elysia chlorotica goey, but we shouldn’t burn the new mitochondria of course.

The radioactive compounds could maybe kill the new mitochondria!!!!!! The centrioles too by the way of course. It’s obvious that we wait until the radioactive compounds are gone, right? The antibiotics should be gone too of course (both out of the body), so we wait before we give the infusion with the goey and the RIGHT prokaryotes. Drinking much can maybe get it faster out of the body and we should perhaps do it before we get the radioactive compounds if you can hold your pee, but we could perhaps make the timing worse when you can’t hold it. We should haste though because of the cytosomes which energy runs out. Eating a lot before the procedure may help. No second glance because the parasitic organel bacteria could be inside the body (it could maybe cause cancer all over again), or they probably get killed before they can protect themselves by getting inside. The thought of it just makes me worry. The bladder is surounded by veins with blood circulation, so we wait until the radioactive compounds are out of the body. I guess that we don’t have to check with a geiger counter (geigerteller in Dutch). More below:

We hope that resistance for antibiotics is due to a lazy immune system. The tumors die 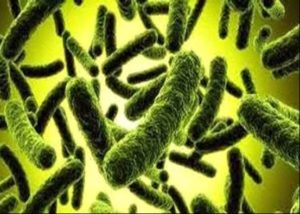 eventually, and the other substances inside the blood don’t get absorbed by the Elysia chlorotica, so that would be the same for us.

We should perhaps combine it with chemotherapy afterward to kill the remaining tumors.

My main argument for cancer and genetic manipulation is that I don’t believe that DNA is flexible enough to sustain the old theories. An extra argument is that bacteria also produce things out of their own cels.

I thought that I was clear or that they would just try. I even assumed thinking that it was already done. I don’t think that DNA is flexible enough for DNA restoration. We would all be monsters.

I JUST realized that there however is a chance that some parasitic organel bacteria could emerge, which have the same resistance as a mitochondrion, so we should stay cautious. I advice to investigate why mitochondria survive in the first place, IF THEY SURVIVE.

THE MITOCHONDRIA MAYBE DIED, so we could perhaps replace them with new ones before it’s too late. (stored cytosome energy runs out)!!!!!!

Some clone experts perhaps know what we need for the mitochondria. WE SHOULD PERHAPS PROSPER THE MITOCHONDRIA IN MULTIPLE SMALL DAMP GLASS CONTAINERS WITH NUTRIENTS, WHILE BEING CAUTIOUS ABOUT OUR BLOOD SUGAR.

THE GLASS CONTAINERS WITH MITOCHONDRIA PROBABLY NEED GLUCOSE (probably adding quite some sugar). Referring to Batten of course, and the deoxyribose.

THE MITOCHONDRIA PROBABLY ALSO NEED MUCH AMMONIA FOR THE: DNA (yes I meant the bases), AMINO ACIDS, PROTEINS, AND CO-ENZYMES (supporting enzymes). Reffering to the nitrogen cycle.

WE ALSO NEED TO SUPPORT THE CELL MEMBRANE AND CELL WALL AS EXAMPLE (probably adding much phosphor), and probably also for the nucleotides, indeed.

IT SHOULD MAYBE BE AERATED WITH OXYGEN TOO, TO BURN THE ADENOSINE TRIPHOSPHATE (ATP) AWAY, ALTHOUGH THE OXYGEN ATOMS FROM GLUCOSE COULD MAYBE BE SUFFCIENT, BUT I’M NOT SURE IF THEY ARE SUFFCICIENT.

I don’t even know if we could let them enter the cells on their own, but it would be without the antibiotics for sure. I think I advice to use the goey from the Elysia chlorotica to absorb the mitochondria and centrioles.

We should only do the prokaryote treatment when everything is out of the body like the previous chemotherapy and maybe the chloroplasts from our food. We should take the blood sugar into account too. My brother said that eating could be a problem.

I want them to haste (the energy in the cytosomes runs out), but a few mitochondria times 2 to the power hour/half hour can do miracles.

Hoping for a short exposure from the antibiotics, while being effective, so a strong single dose. We maybe check the missing tumors the NEXT DAY or so, after the goey with antibiotics. I don’t know what the size of the infusion should be, just saying.

WE SHOULD PROBABLY DO ABOUT THE SAME (prospering with intake) FOR THE CENTRIOLES TOO (WITHOUT GLUCOSE AND OXYGEN THOUGH))!!!!

The glass containers should be undone from other prokaryotes, so we get rid of other prokaryotes before prospering. I don’t think that the glass container has to be closed, but we probably do it anyway for strange occasions. They probably use a doctor mask and I assume that they normally don’t fly. The RIGHT prokaryotes should go into the infusion in a sterile way, so you don’t get the disease all over again. I don’t know how big the infusion needs to be.

It’s of course best when the prospering prokaryotes orginate from your own cells, but I didn’t type it, because I thought that I was too late for that, so it would only bother my acquaitances. It can always be from another human. They probably aren’t that different though. THE PROSPERING SHOULD HAPPEN IN A STERIlE ENVIROMENT, I thought that I was too late with this, but I think that they would know anyway. We don’t want to prosper the wrong ones, because that could cause cancer all over again.

This all doesn’t mean that we can be less cautious about the dissease, of course.

I don’t know if we can eat during the procedure, especially with diabetes. I think that my brother talked about it.

I meant to be subtle, so they would easier listen to a young lad like me.

I have overheard the theory that antibiotics could cause bacteria which are capable to resist the antibiotics by natural selection, but it could be a lazy immune system. The theory is to destroy those parasitic organel bacteria with viruses. Viruses however don’t replicate on their own, so the problem could be that bacterial chromosomes are circular, making it hard for the virus to replicate.

Maybe we should run a save experiment if resistance to the antibiotics turns up in the first place.

Please contact my mother if it’s true, because she has aggressive metastatic cancer and she means the world to me. Her email is: m.haneveld@ziggo.nl A nephew of mine Dylan Haneveld is denying, but he has/had it too. Roy Verkerk’s mother (my friend’s mother) also has cancer.