We would start the fabrication of gaseous fuel by adding air & water in a chamber, becuase air isn’t damp enough.

We would then heat the CO2 & H2O with infrared gas-discharge lamps (CO2 is a greenhouse gas and water absorbs infrared as well) in a chamber, which needs a nice design. I assume that the air should then be compressed. We would also have to isolate the chamber for heat transport, so we coat the chamber with a metal, like iron inside for radiation as known.

We use air between the inner & outer wall from the heating chamber against heat conductance as known. Gases flow from warm to cold as known, so it flows through a small square pattern of glass beams, when we open the remotely controlled shoving doors. 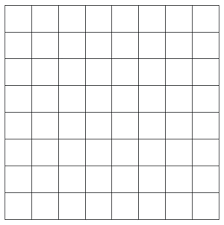 The squared glass beams are at least 105 cm (centimeter), while the square pattern beams should then be longer when it get’s a lot wider. The square pattern beams are surrounded by UV C gas-discharge lamps to break the CO2 into CO, and to cleavage the H2O into desired hydrogen gas & oxygen by photolysis, although the frequency shouldn’t be too high to prevent the ionization of the hydrogen. The UV C gas-discharge lamps would then cover the squared glass beams completely, so we don’t have to see them. We would then apply the Fischer-Tropsch process (They wouldn’t be shitting me about this right?), which means we can use catalytic: iron, cobalt, nickel, and ruthenium to create hydrocarbons (fuel), and it optionally flows into a dark gray container afterward. I don’t think that the fuel would burn too early, becuase the formation of hydrocarbons cools it down. 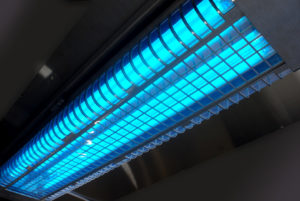 We can also do a process called catalytic cracking with a zeolite as known, to turn the hydrocarbons into gasous fuel.

It may seem like a lame idea to fabricate fuel from air and water, but I assume that it won’t be that bad, especially if we use a nice design.

We would then be able to fabricate candles & plastic this way, and also the barbecue tools.

One possible problem is that purifying seawater into clean water to use this method could make the Earth more damp and cloudy. Unless it somehow goes back into the sea, while also perhaps ditching the salt back, but that probably still creates clouds, so it could be a wise idea to recycle as much as possible. I could be exaggerating, becuase hydrocarbons could technically do the same (turning our surroundings damp).

You would expect to create hydrocarbons by just putting energy in (heating) for carbon and hydrogen without oxygen, but that’s not gauranteed.

That would mean that we need a catalyst. Or we can easilly create longchained hydrocarbons anyway. Maybe the regular crown gold (the same blurred picture) with the above method for photolysis and heating. I can’t make up my mind, because I can’t see the crown gold anymore. I assume that we still need the Grotentraast catalyst for (CO2 & H2O), because complete combustion is just better, and the regular crown gold for (CO & H2) needs hydrogen gas, while the unsaturated methane (CH) is probably useless (can’t provide H2) even when using photolysis.

Both the Grotentraast & crown gold maybe fail to produce fuel (hydrocarbons), because the CO2 percentage in the atmosphere could be too low, but we can maybe isolate the CO2 properly, while adding sufficient water, but just heating it electrically could fail perhaps fail for the catalyst, due to entropy. It could maybe succeed with fat.

I wonder if we can create hydrocarbons by putting CO2 and H20 under an enormous pressure.

I mainly assume (not 100% sure though) that the regular crown gold won’t suffice for producing renewable energy, because it can’t use C2O & H2O. Except maybe for the sun with intense temperatures. I’m not entirely sure, because I can’t see the image anymore.

I’m also wondering if we really can’t make fuel for airplanes. Maybe we can with the catalyst.