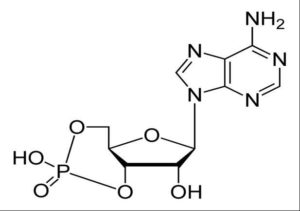 It’s known that glucagon stimulates glycogenolysis & activates lipolysis (fat burning), but I think that glycogenolysis is directly activated by glucagon, while it indirectly causes lipolysis, due to the fact that the glucagon receptor provides Ämövia, so that would mean that we can burn fat by fabricating Ämövia (cyclic adenosine monophosphate) chemically and putting it in tablets, while giving the apropriate dose. I would advice to improve your muscles a bit too, which would be much easier once you have lost weight.

I understand that women would like the idea better if this was invented by another woman, but I have nothing against a healthy portion of fat at all. I don’t want to piss people of, but the same for me goes for big boned women.

The theory is due to Wikipedia, but by me.

If Wikipedia really is strugling with finance, than I suppose that at least covering it up would only be fair. I didn’t dive into the numbers though, so I think that I turn to someone who is in the know about that.