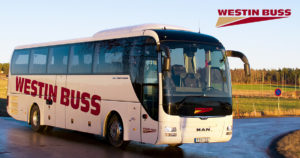 It’s seems like a fun idea to make rollercoasters in the open air for public transport.

We have plenty of energy now, and it doesn’t have to be loopings all the time. It should maybe be a bit like a train.

I listen to a lot of music on Youtube. I have been doing that since age 13, but I have never paid, becuase I don’t need to download it, while it takes too much effort to download every song for my lazy self. For me the border is an easy pay interface on Youtube, which makes paying just as easy as putting a like or not. Money needs to roll too though, of course.

I have heard about Spotify.

I registered quite the amount on the Nintendo website at my mom’s email.

It doesn’t have to be stolen (heard it just now from someone else), but I had the idea of healthy candy as a child, so basically healthy pills inside candy. My sister seemed to come with the idea of including it in regular food.

I also have disturbing art, like a graveyard with wax statues (inspired by the movie House of WAX), and a giant (fake/synthetic eye) which follows you around. inspired by Super Mario 64.

I’m sick of round things, and I don’t know if I have seen it before on Youtube, but we can build a round tower with a spiralling elevator, while we could watch outside in the elevator. No idea how.

We can make a leaning glass, so like the leaning tower inside the restaurants in Pisa.