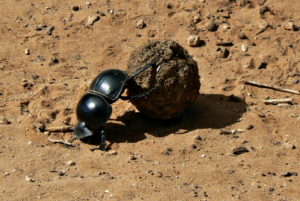 Rich oxygen levels makes giant arthropods possible, becuase they are more sensitive to low oxygen levels, due to their respiration system. A dungbeetle can move it’s own weight a dazzling 1141 times (The amount is afterward very hard to believe of course) The ratio wouldn’t be the same for the giant version too, due to the distribution rate (an old biology teacher said to me that it wouldn’t be the same, due to the size). I also doubt that giant bees would be able to fly for the same reason. Giant spiders wouldn’t be able to create a sturdy spider web, if they use the same spider silk, while having the same properties.

A lack of an ice age makes giant amphibians and wild dinosaurs possible like pterodactyl types, which could hopefully be humanoid (humanoid amphibians & reptiles), because they are cold blooded making them vulnerable to an ice age, due to not properly working enzymes (biological catalysts). The reason why some cold blooded animals survived is probably, becuase they or their ancestors retreated in the water. It takes a relatively large (positive) energy difference to increase the temperature of water, while the opposite is also true, so this was probably the key for their survival. The smaller they are, the less food they need of course, while there must be enough food in their waters. We even used water in cooling towers for nuclear waste.

The flora are a work of art on itself of course, and could be glow in the dark somewhere like in Avatar, and maybe different colored like red as in the book War of The Worlds, although on other planets than this one! Don’t forget that there could be extraterrestrial: vegetables, fruit, and berries (maybe giant ones like in Pikmin 3 or maybe ones with more energetic sugar than glucose).

We could use caterpillar vehicles (The mechanism where tanks are based of) with windows, instead of asphalting t 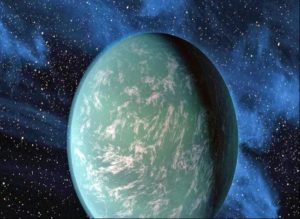 o conserve the jungle like experience, but it’s slower and less civilized than the combination of cars with asphalting of course. 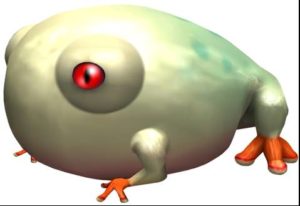 Again, I read that although a couple of planets have been found in the habitale zones in the Universe, they still seem to lack life by not supporting it’s chemistry, but NASA is into 12 conservative Habitable zone like planets, and besides also a lot of planets, which ask optimism, but who knows.

Of course, I hope that we find extraterrestrial life which isn’t carbon based and uses something else besides water, like i’ve read. I HOPE THAT WE DISCOVER ENTIRELY NEW LIFE OF COURSE!

Chances are however small that life developes in a similar way for two different and remote planets as known.

All biological life could perhaps be extinct on an alien planet, leaving nothing but AIs (artificial intelligence) or nothing, but I’m probably not the first with that idea. AIs also need energy though.

Wall 1: Our speed may be faster than C, but are we actaully fast enough to enter right at the planets? An argument is kinetic mass, while I assume that the folding of spacetime contributes too. If spacetime is actaully an ocean than the curvature goes squared by the waveheight, although our wave wouldn’t be at the surface. The post-relativistic mass is incredibly high too. I used to have the assumption that regular falling is an accelerating movement, but that seems to be false. The bigger impact by falling longer actaully seems to be the friction force.

(inspired by the entropic proposal).

Wall 2: Does magpush work for the g-forces, concerning that it doesn’t create nuclear fusion by Z & W bosons.

Wall 3: Collapsing by our own weight (not-g-forces) and the air pressure too (including the materials). The only way out is that the post-relativistic mass is 1-dimensional. This one could probably be unraveled by Nibiru though. Maglev can however maybe help.

Wall 4: We could travel fast enough, but can we actaully brake early enough. There is also relativistic mass combined with the planet’s gravity, but I still see a chance. This includes if the superconducting electromagnets really go to the future, and my theory about the Meissner effect. I have the feeling that the swable makes it brake earlier in a gas too. This could mean that we at least need the swable for warp speed.

Wall 5: Shoving of  all the materials/air by g-forces. Breaking how the materials are fastened (including the wains, negative strong semiconductors & super battery): The possible solution could be horizantal decantation by the density of the gas combined with g-forces. The cooling would happen before this. This one could probably also be unraveled by Nibiru too though. We can maybe drill dense strong screws at the piëzoelectric materials as example, but the screws perhaps break. Just like perhaps the possible breaking of the wires. We maybe need a breathingmask and breathing tank, because the air perhaps moves away from us. WE SHOULD PERHAPS DRILL THE WARP DRIVE’S WIRES AT THE RIGHT PLACES. I guess that it doesn’t bother that much if the screws aren’t made from boron, because it takes the path with the smallest resistance as known. We would aslo drill the electromagnets of course, and probably the capacitors and wains (negative strong semiconductors) too. We probably also drill the battery. I assume that the floor of the warp drive shouldn’t be conducting. Non-conducting screws would maybe be wise. !!!!! The materials and objects (as example) are probably fine anyway when they are strongly stuck to the floor. Including the combustion engine and such like the communication equipment, which I finally realized, due to an edited picture of the combustion engine. I however wonder if the contend is safe. Communication would at least take years. I don’t know where the other Earth like planets are.

Some of this could be a bit late, but I can’t do everything on my own, without even seeing of course.

Spectroscopy could maybe be a problem, but scattering of the remote sunlight can probably give a sufficient hint. 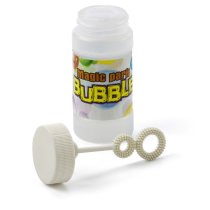 Drilling is probalby more sturdy than using something similar to the bubble blow loops on the left.

Wall 6: The curved streamlined materials of the spaceship should be able to withstand even more resistance & friction than in Nibiru’s run-up case.

Wall 7: Maybe detaching of the suction cups from the Piëzoelectric materials

Wall 8: Battery failure. In case we can’t configure the catalyst properly if we have the catalyst. The botom of the malve is hard too change too, but we can build a plateau.

Wall 9: The resistance could wreck the spaceship, but the streamline and swable could help.

wall 10: The perfect angle. I assume that it will be alright, becuase it bounces like a peble, due to the low viscosity even though it’s not at the surface.

We should be able to measure the very slight charge diffrences for the continuity equation +, and quantum computing should work properly, while I have no insight on binary at all. We should also be able read the quantum states somehow to apply it properly. The planets should also align right, for at least once in certain amount of time, but the swable coil may solve that problem for the most part. I suppose that we perhaps need eye & breathing masks. I assume that we notice the aluminum’s reflection by Nibiru’s test. The rise and descent in altitude too. We should test if magforce works sideways.