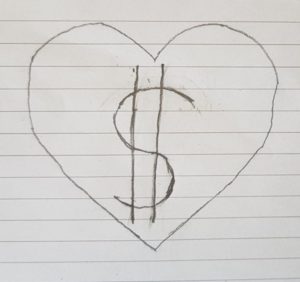 I meant my own heart of course. I’m just not a moron who means something like that.

A bit of background:

I was inspired by Albert Einstein and Phineas & Ferb, while being stimulated by The Legend of Zelda as example, in order to become an inventer or physics theorist of some kind when De Berg & Bosch school wouldn’t let me in the HAVO (school of higher secondary education), so I would like to thank them, and we also thank warp speed to Albert Einstein & Stephen Hawking by Einstein’s tensor and his formula for relativistic mass, but also Stephen Hawking by his storie about the big bang with pits & piles of sand,

but also I also guess that the the formula of length contraction was by Albert Einstein, and Peter Higgs contributed too. I admit that I read, that the vacuum contains Higgs bosons. I also learned many years ago, that they cool telescopes with gas, so I worked that out. The Einstein tensor is a really big help, in case we proceed for warping.

ON THE OTHER HAND LEARNED THE BERG & BOSCH SHOOL ME TO READ AND WRITE, WHILE THE THE PREVIOUS SCHOOL COULDN’T. THEY WERE HAVING MONEY ISSUES.

I have been through some intensly harsh and devastating times, which you can’t even imagine for real. It started at age 16 but only the last 4 years were without school, while those last years were also the most productive.

I just want my LIFE back that’s waaaaaaaaay more important. I don’t file official patents or contact companies to get shares, because I use copyright., I delayed the website for quite a while, maybe years. I wanted to patent and notarize everthing at once and I felt watched at my computer. They said that you can’t get a patent when you publish it before, so I expected that that they would secretly do it, while I could patent and notarize it later. It’s stupid but it’s the truth. The whole story is bigger and more nasty. I assure everyone that I didn’t have bad intentions. I want to keep it a secret until it’s done. That’s what I meant.