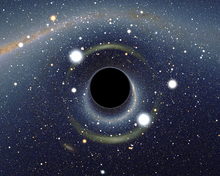 We can’t just orbit a black hole made out of regular or dark matter to slow time down in order to travel to the future,

becuase we would be pressed death against the wall from our spaceship, so we would somehow use magpush or something. Dark matter also slows time down in the opposite direction, which may seem counter intuitive, but we can imagine the sheet as time, while mass stretches it. If we approach spacetime as 2 dimensional then dark matter would be under the sheet.

Asides from time travel for the following. I assume by the theory of spacetime that the dimensions concerning time (I believed in 2 or maybe 3), actually are some sort of spatial dimensions, which can be streched by mass (sort of rigid though). I suppose that the sheet of time is actually moving (some sort of stream), which relativily moves mass in the opposite direction, and the curvature of time would then create a longer relative pathway for mass (It’s actually a longer pathway for the stream in time). Note that the difference from this movement is the amount of time that has past (not a movement of the 3 regular dimensions).

Now I believe that spatial time is only 1 dimensional, while having a four dimensional matrix.

I recall now that it’s inspired by that one line from Stephen Hawking in Epic Rap Battles Of History. I came with the rest on my own. I wonder if it wasn’t literal.

I really hope that I’m not ruining someones lifework (unless, keep this a secret), but the SLIGHT differences in time from the atomic clock (time dilation) could maybe be, because our space is actually encoded on a black hole, but time perhaps isn’t stretched by gravity at full efficiency. The last is probably true, due to the formula of The Einstein tensor, but nobody explained it to me.

We should maybe hide in the fourth possible dimension, in case we can time travel to the past. To prevent a paradox. It would be great to observe your own life before your death. Especially the beginning! It’s just a dream. The basic idea is that we already get the experience from our judgement day though. It would be the worst kind of torture if you would actually be conscious about being stuck in the same moment forever, on repeat…….

Preventing someone’s death could cause the death/deaths of another, due to the butterfly effect as known, and it especially influences the birth of people too.