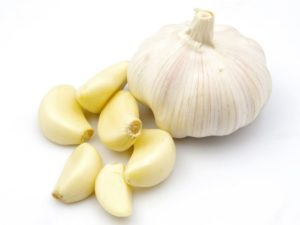 We could chemically create allicin, which is made by garlic as a defense mechanism in nature as known, although we heat it afterward to get garmen (diallyl-disulfide), OR WE SPOIL (ROT) IT LIKE IN WARIO TO GET GARMEN, while we store garmen oxygen free. 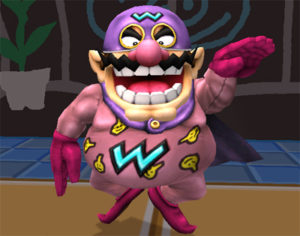 Picture of garmen from: www.chemistryland.com

Garmen has a relatively macroscopic electron negativity (there is an asymmetry, due to the way the electron clouds move), so it should be the most stable molecule, because the bonds are very polar. (Scishow said that it is the most stable molecule as reply to the macroscopic electron negativity, but it was probably cynical). At first I was like: what the fuck is with it!!!? I guess it competes with the cubic salt.

We could use garmen (diallyl-disulfide) in series with a dielectric like sodium chloride (assuming that it’s a cubic salt, SO IT HAS THE PATTERN OF A CHESS BOARD IN 3 DIMENSONS) glued to the bottom of the same capsule, because I think that garmen has strong poles on both sides, and the dielectric (cubic salt) receives electricity, so it’s pole is slightly negative. The garmen probably alligns when an electrical current passes through it. This comes in late, but we maybe only need the garmen, aside from the warp drive.

GO TO: Mega-hydrophobic surface/cold fusion, in case sodium chloride isn’t a cubic salt (They told me in school that it is).

The wire can be plugged as known, although the garmen is shielded from oxygen by a copper layer here, so the beginning of the wire fits immediately, but the end of the wire is wider and has mechanical resistance when you plug it in (like plugging a regular wire), so it doesn’t get out as known. The wire doesn’t get into the garmen and sodium chloride.

We can replace the plugging mechanism (especially for the warp drive) by including some sort of conducting block in the capsule, while the block is too big to escape out of the hole, and the block is perhaps fused or something to a cable (hope this works).

We could use it as a wain to store charge, because the difference in charge from the poles is large, while it only conducts in one direction like a negative diode (NEGATIVE semiconductor) without shining light, so we could charge the battery of our devices fastly, while we use rechargeable batteries, due to recycling measures.

We would do this, becuase wireless energy sources by induction could cause germ cancer as known or even DNA damage, just saying.

We can bypass the annoying cables of vacuum cleaners, by using powerfull batteries. People may like it with a nice design.

People apparently figured out that it can create very strong batteries as well. I wonder if we can recycle batteries forever.

Even DC circuits conduct in both ways. I have a theory about this.

I assume that the wains or perhaps only garmen accelerate electrons as well, so for better conductivity.

Electricity/charge takes the path of the least resistance, as known.

Some mechanisms may not work without a SUPER battery.

I hope that garmen is a solid. We could then create garmen wires/cables. I guess that we would push the garmen through a filter with holes to get wires/cables, while we can perhaps fuse two garmen wires/cables into one OR the start and end of the wire/cable would be made of copper as example, while garmen is in between with a transition from copper to garmen, in case garmen is powder like or liquid and maybe a gas.

I wonder if garlic has extraterrestrial DNA, due to some thoughts about possible ancestors with a blue sun.